The Changing Face of Social Media 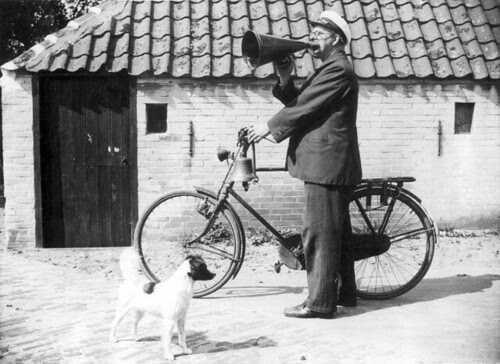 When I started blogging regularly in 2000 I knew that social media or social publishing was the future for most things. But it would take a long time for the world to catch up.

When I moved from the Scottish Further Education Unit to the Scottish Qualifications Authority in 2003.  I was not really surprised by the high degree of suspicion around things like blogs and then things like twitter .
Even though I have always made it clear that I used these things in an unofficial capacity.  I was not doing it to be subversive simply to reach the parts of the world that a more official means never really reaches - perhaps that is subversive. I was pleased too to see schools and what was then Learning and Teaching Scotland staff getting the blogging bug.

I have to say everyone in the end was always reluctantly supportive of what I was doing usually when I pointed to who and where we were generating business through my use of social media - but there were always a sometimes silent  majority  and sometimes some quite vocal and threatening pokes, usually from other agencies,  that would have quite liked a bit less blogging and tweeting from my direction .

The world has changed - I enjoyed reading our organisation's  latest social media metrics report this month.

·         Within those authors directly referencing SQA, we are encouraged by the continual engagement created by Joe Wilson and Tahir Mohammed, with both authors continually growing their following and becoming authoritative voices in the education sector.

I hope that means that New Ventures and innovation is getting a bit closer to the heart of what we do and not that I am now being overtaken by events.

If you are a lone educational blogger or twitterer in your organisation - keep the faith and keep sharing - it really will be alright in the end.

I would still like to see a much longer list of SQA staff on this list and I think that many other public organisations have a long way to go too.