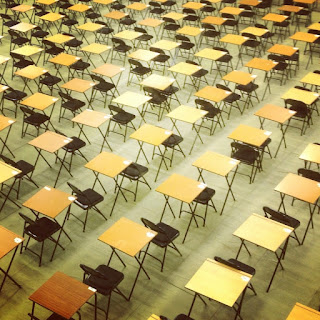 Source https://www.tes.com/news/exam-cancellations-save-millions-second-year
As they shuffle the deckchairs, I think the focus will be lost on the national vocational system. I hope, given we have now had two years without national exams, the school system can now flex.
By the end of the review process we should no longer have an exam hall, paper based, national diet of examinations for S4-S6 learners,  we owe them more and we should not have  lost our vocational awarding system. It is a challenging balance.
Watch out too for the purveyors of state-wide assessment systems , GCSE Awards, T-Levels , A-Levels , International Baccalaureates of one form or another,  door stepping , carpet bagging,  the review , the new agency , local authorities, schools and probably Colleges too.  There are lots of commercial interests and political interests that swirl around this area globally. I expect some Scottish schools will drift towards A Levels as the saga unfolds.
I wonder too if any of the OECD Report writers can highlight a country that has achieved the vision within their report. It is a strong and achievable vision if the system can finally all pull together.
Ken Muir has a challenging year(s) ahead.  My thoughts are with my former colleagues continuing to deliver for Scotland's learners within the SQA.
Further Reading Background:
Scottish Parliamentary Briefing on Scottish School Education
Posted by Joe Wilson at 7/12/2021 04:04:00 pm 2 comments: