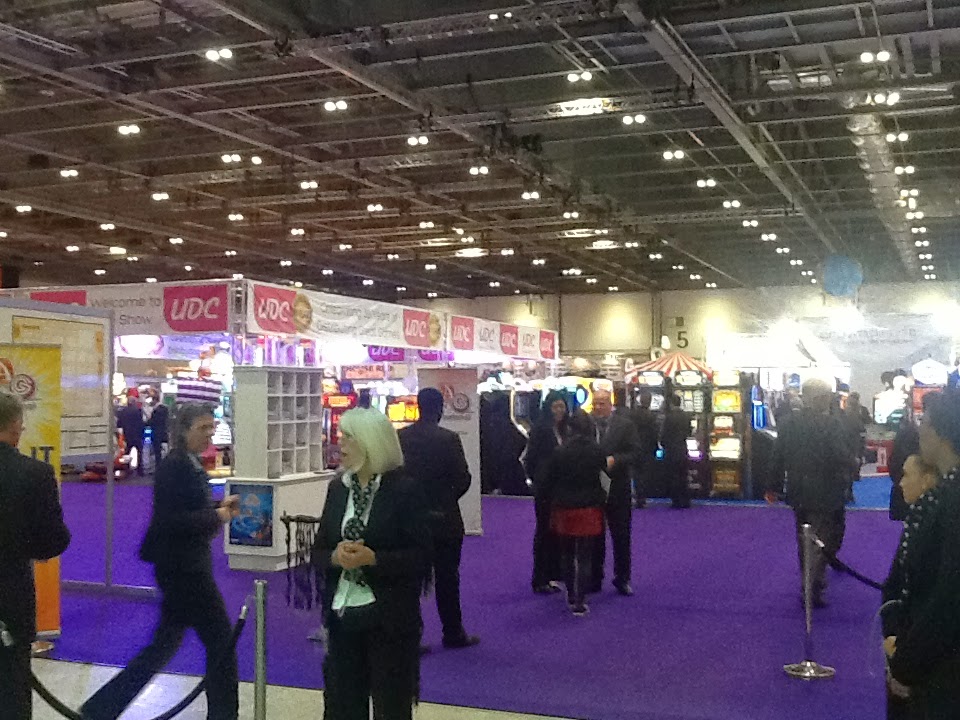 There is a curious juxtaposition this year . Opposite BETT is an exhibition by companies selling fairground equipment and gaming machines to lure in young people and inside BETT....

Was an illuminating day Mr Gove rightly talked up the strengths in the UK education system and some of the companies  doing a lot of exporting .  One that was new to me was https://www.littlebridge.com// now with over 5 million global English learners .

I took a lot of notes about what he then said about ICT in the classroom and the new English computing curriculum - it did not square with the  debates I have been following and I think this TES piece probably captures this better than I could express as an outsider.  Still I am interested in harnessing and harvesting any resources that come out of this for computing teachers in Scotland . He did mention open education as the way ahead but then used as his example MOOCs aimed at school pupils notably the Raspberry PI OCR partnership putting GCSE materials on-line http://www.cambridgegcsecomputing.org/
Highlighted too that Cambridge University are about to launch a transitional maths mooc for school pupils heading towards Maths or Engineering at University.

I then contributed to a lively debate with peers on the Miranda Net Programme http://www.mirandanet.ac.uk/researchexchange/mirandamods/programme-january-22nd/  It is running all throughout BETT and worth finding and popping in . A view from the audience here  http://www.youtube.com/watch?v=r7WAmvFiQk4
I think it shows that higher education folks are still not sure how to react to open learning - I think they still hope it is a passing fad rather than something that allows them simply to reach more learners and help them.
Donald Clarke probably stole the show .

Next I was another talking head being interviewed for the European Open Education Challenge http://ec.europa.eu/education/news/2014/20140122_en.htm . Seed funding for start ups in and around learning . I was asked "The how is learning , assessment and certification going to change over the next few years question" .  Look foreword to seeing this and seeing if I made any sense

Ended day with meetings with some of our long term commercial partners and quick hellos to Microsoft and some other folks I'll be meeting later in week. Spotted too a few well known Scotsmen on the make  but acting independently.  We really should have Scottish stand at Bett see Korea have one this year. Had a chance to mourn passing of BECTA with some old colleagues - certainly feels that schools could do with more independent advice on IT procurements - lot of very slick sales people here. Not even sure who is capturing good practice on classroom use of new things down here - but perhaps that is just passe - as a thousand flowers bloom.

You can see why role of membership organisations like http://www.naace.co.uk/  and  http://www.alt.ac.uk/ and ofcourse http://www.mirandanet.ac.uk/ are important places for folks to share .. but can't help thinking there should be a bit more leadership here. Would help the exporters too.

Now frazzled - glad I was not at #Bettawards this year but looking forward to finding out who won what.